Will my garden statue become a tourist attraction? 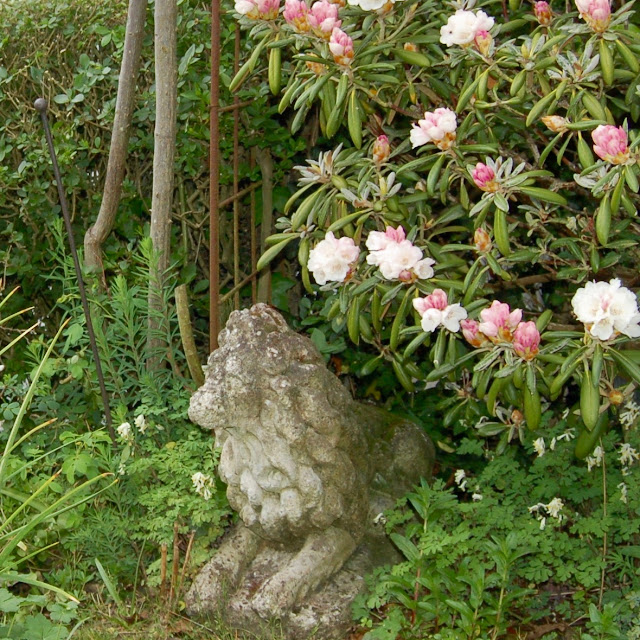 I have a small garden statue of a lion. All of a sudden it is damaged. The lion has lost its nose! How this happened nobody knows. Frost? Or is it just poor quality?

I think it is the latter. Because when I bought this lion in a brocante store long ago, it already had lost his lower jaw. I did not mind, because without its lower jaw it looked a lot friendlier. Moreover, because of this flaw, it was attractively priced. The lion found its place on the terrace and it looked calm and satisfied with that. Until recently.

Together my husband and I look out of the window at the lion.
‘What should I do with a lion without a jaw and without a nose?’
‘Quickly buy a new one’, my husband suggests.
'But I do not want a new one'.

My old lion has beautiful moss on its head. It takes decades before a new lion would have the same patina. To dispose of the lion altogether is neither an option. I am attached to my lion. But without a nose ... mmm is that still nice?

Then I realize there are more statues without a nose. For instance the sphinx at the pyramid of Giseh. Without its nose ..... and still world famous! It makes me like my broken garden statue again.

Happily I say to my husband, 'We will have "The Lion of Oostkapelle", a future tourist attraction!'
'Busloads will be coming to watch it', my husband fantasizes, lit by the idea. 'As all those tourists come to see our lion, I will put on a uniform and I'll cut the tickets!'

You will surely understand. Even without a nose the lion should stay.
Enjoy your week
Hetty
romantic rose garden 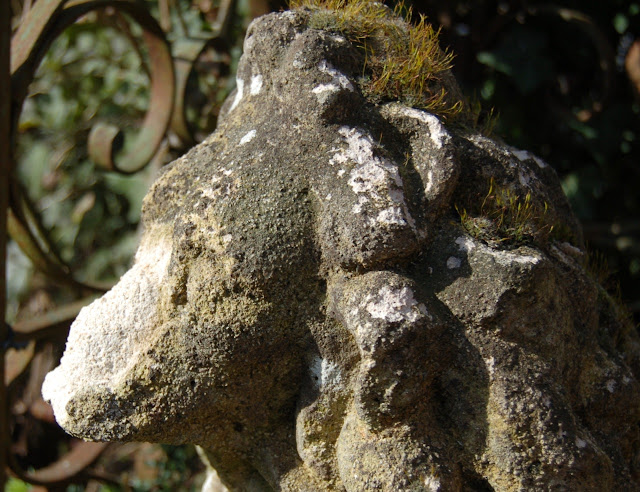 My lion without a nose. 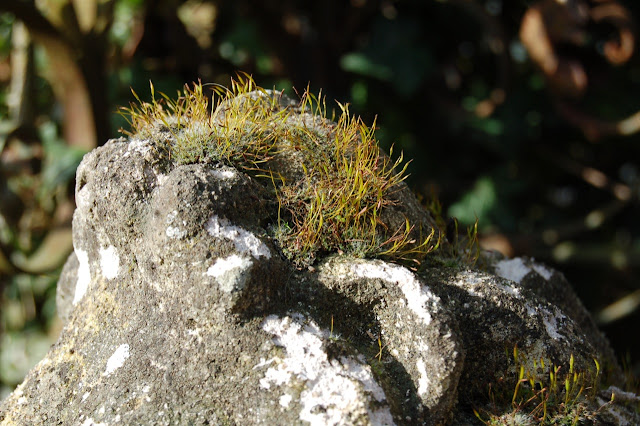 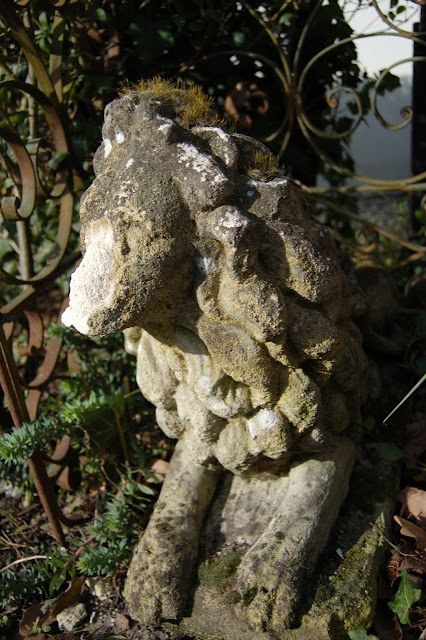 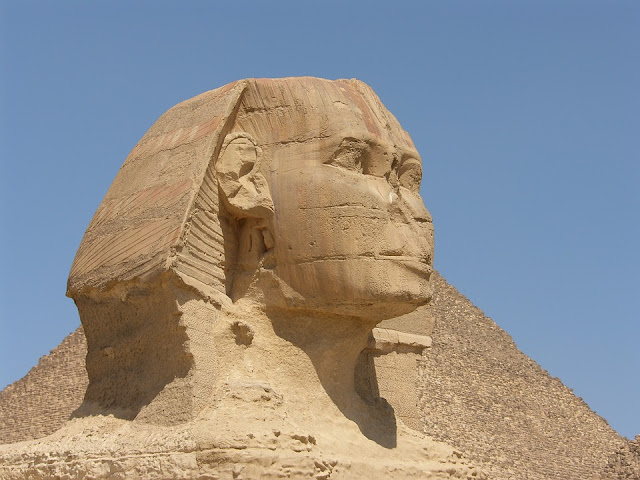 .. but maybe it becomes an attraction!

Due to some mysterious troubles I cannot comment to your posts. If you know the solution, please let me know.
attraction frost damage garden state 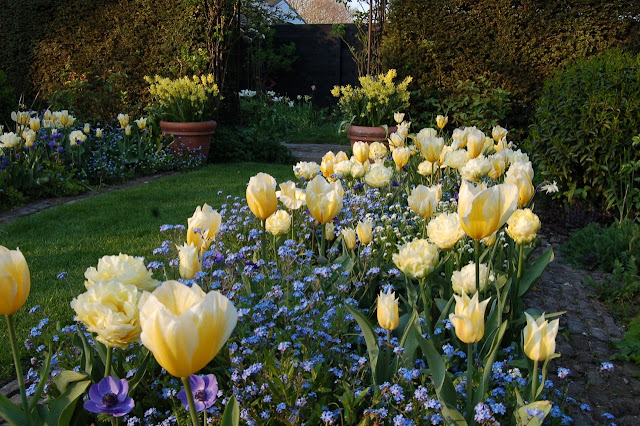 Due to time issues I have to take a blog pauze. You can read my Dutch version ( with a translation button) on: tuinverhalen.blogspot.nl Hope to meet you there! 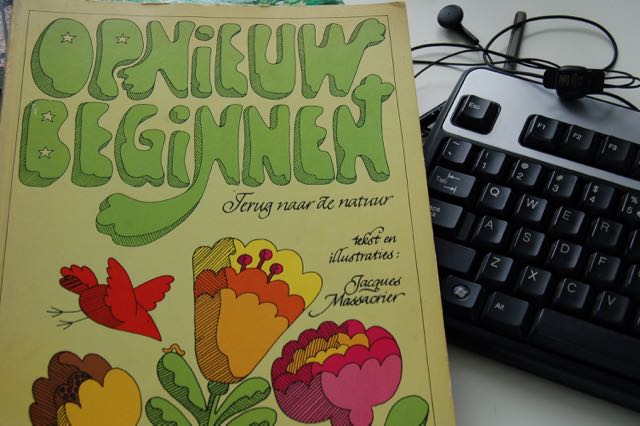 Waxing moon and why you have to sow now.

Yesterday I found an old book on the bookshelf. It is entitled: Start again. A handbook with tips for those who want to return to nature. Of course, everything self-supporting. Imagine the idyll, a shack in the middle of nowhere in your own knitted sheep wool sweater. Growing your own vegetables. It is full of cheerful seventies drawings and is printed on simple paper. With renewed interest I look at the chapter about sowing. I have been gardening for a lifetime and I wonder if I can still learn a thing. Chapter 161 tells about the influence of the moon on plants. It is ancient wisdom, but I have never looked into it. It turns out to be a rather complicated matter. I learn the most fertile period is when the waxing moon is in the sign of the lobster. Huh? Lobster? In case you want to go back to nature, you best do a study of astrology. I surf on the internet and at the same time I realize that this would not be possible in your shack in the middle of nowhere! How sad to l 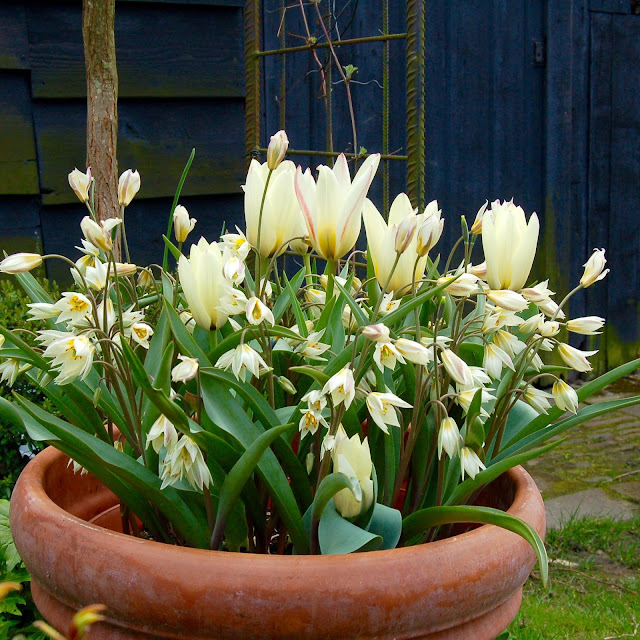 Maybe you do not feel the same need as I do to perforate your garden and planting bulbs in them. However this should not stop you from having flowering bulbs in spring. Just plant them in pots! When I do so I plant the bulbs not directly into the terracotta pot, but in a plastic container that fits exactly into the terracotta pot. That gives me the opportunity to switch. Once one species have finished flowering I put another container with bulbs in its place. Mind you: The large bulbs of tulips and daffodils do better in a larger container pot. So think big! Which bulbs to use? In my experience all types of bulbs can be used for this purpose. Not only tulips and daffodils, but also small bulbs, like anemone and Puschkinia thrive in pots. Note: narcissi in pots can easily suffer from frostbite. So, I always put the pots with daffodils free from the ground, on a piece of wood or something like that. How to proceed? Put some soil in the plastic pot and plant a l 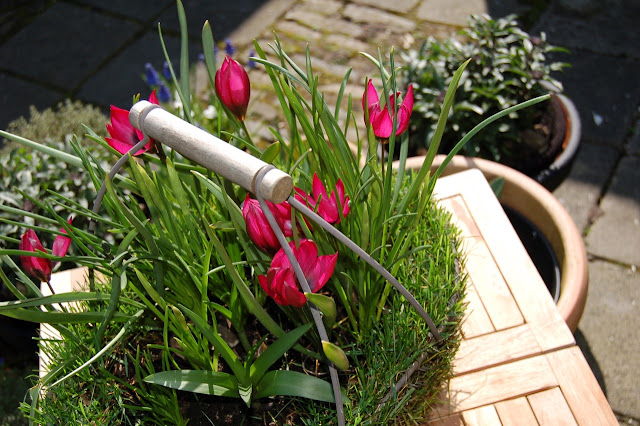 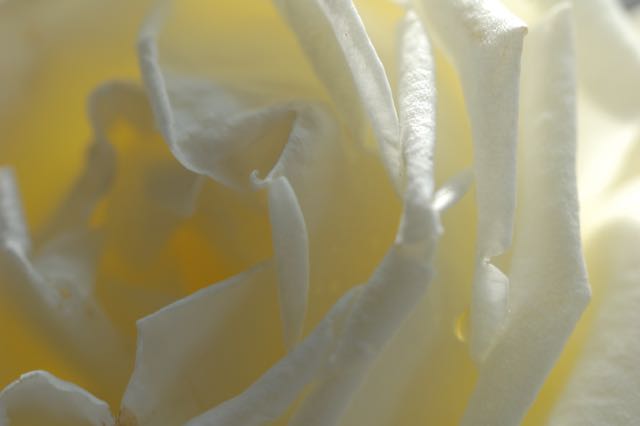 Say yes to the shopping trolley.

A long time ago I decided never to buy a nimble shopping trolley. I simply don’t want to be seen with such a thing. NEVER. But whilst visiting the Hampton Court Flower Show in England last year, I had to review that strong opinion of mine.....  Hampton Court Flower Show is a fantastic experience for every gardener. Really, every garden item is for sale there. You will find show gardens for inspiration and you can buy many plants, including very special ones. AS you may have guessed this show takes place in the back garden of the Hampton Court Palace. The show grounds are huge. I want to buy a rose to remember this special event. So I go to the rose pavilion first. I ask for some advice from the people of  Fryers-roses .  The kind salesman shows me one rose after another. It is difficult to choose; all roses simply look beautiful. After long deliberation I decide to buy the white tea rose 'Silver Anniversary'. I can already picture it, one white rose in a vase. Tré 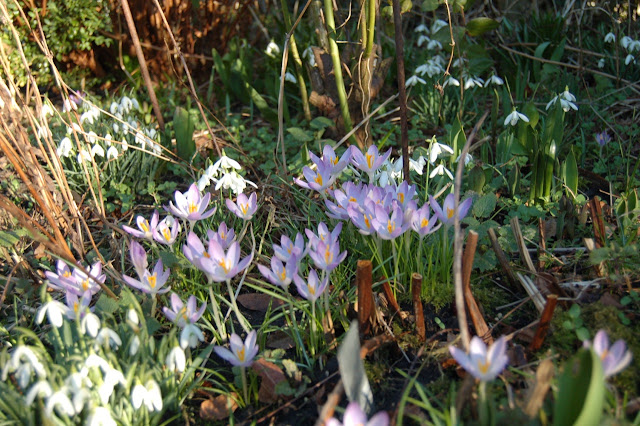 Five things not to do in February. 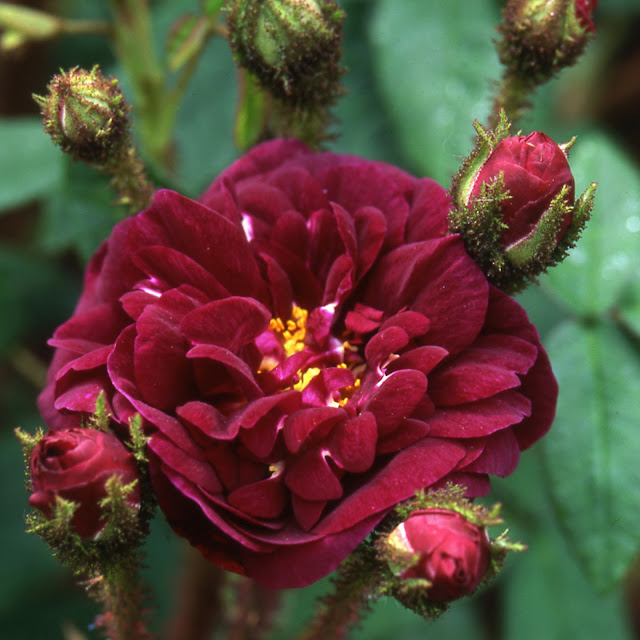 In therapy with my rose.

In therapy with my rose. The other day I watched 'Zomergasten' - summer guests - on national television. In this TV program, the guest is being interviewed live for a whole evening. Very nice slow TV. The guest of this evening is Esther Perel. She is a psychotherapist and writer. Esther Perel talks passionately about her work as a relationship therapist. She explains: "What used to be attractive when a relationship starts, often becomes the reason for debate later on. Because what used to be attractive for its difference becomes annoying over time. Even more so as you always get a little more than you like ...... and that causes the problem". Her approach intrigues me. Next day as I stroll through the garden and look at my rose ‘Nuit de Young’, I realize this goes not only for people, but also for plants. You are attracted to a plant because it is different, but you always get a little more ........ That is why I went into therapy with my rose Nuit 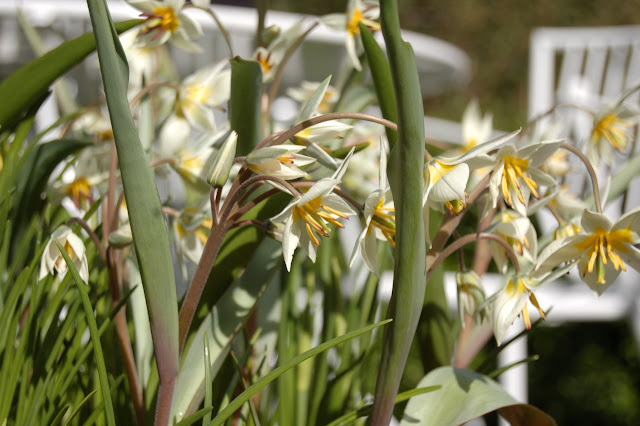 M arch started with beautiful sunny and calm weather. Children were wearing shorts. I worked in the garden without a jacket and thought it was summer already! But last week we have had turbulent weather. It is cold and I long for my warm gloves again. That is March. In the garden, despite the cold wind, nature wakes up. Luckily. As I look at the pots on the terrace, I see the first tulips flowering. Are they to soon? This same question comes up every year. “Spring stress” catches me. That is March too. Will the garden be to early or to late? I view the pictures on my computer and feel relieved. In 2017 the garden was just like it is today. But during the open days in April the tulips in my garden were in full flower. So all will be fine on April 19 and 20 when the garden is open to the public again. March. I have to get rid of that spring stress. I better admire the red-leaking leaf of the tree peony. Greet the first daffodils; appreciate the fresh leaf of the roses. 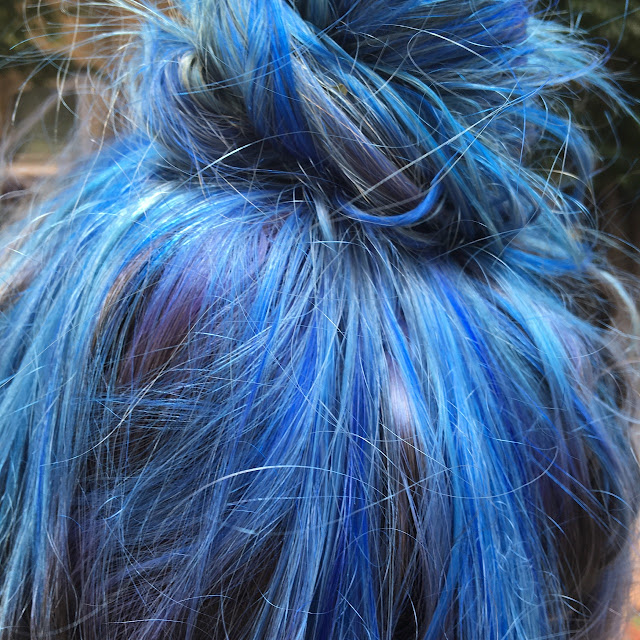 I have a fascination for women who dye their hair in a bright colour. So I started photographing this coloured hair and started my colour project, meaning that I link the particular hair colour with a plant in my garden. This time: Blue. On the hottest summer day of 2018 I see her on the edge of the fountain of hotel l'American. (Amsterdam) I am sitting in the tram, but don’t hesitate. I quickly leave the tram before she jumps into the water! The blue haired is a cheerful young American woman. She wears John Lennon sunglasses and a wide, long skirt. It's a hippie. When I ask her if I may take a picture of the blue hair, her friends say teasingly and a little jealous 'Yo-yo .... You’re a model! ' Then I ask why she chose the blue colour. The answer is baffling as usual. She says, I actually wanted pink, but that colour was sold out. That's why I choose blue’. I picture myself at the hairdresser's. ‘Is my blonde colour out of stock? No p 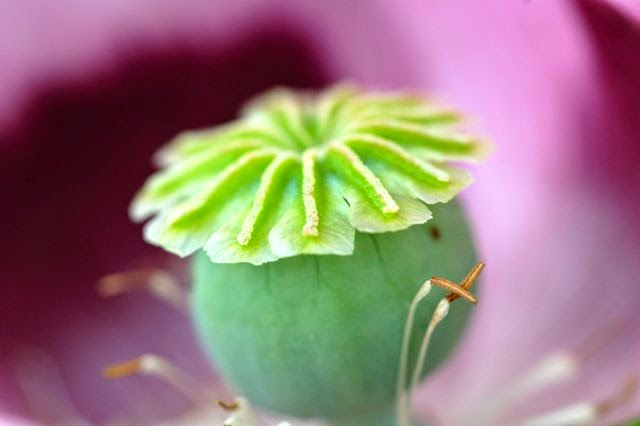 Last week we were driving along a field of opium poppies (Papaver somniferum). It looked amazing. Mind you the Papaver seeds are grown to decorate bread, not to make opium out of it. We stopped to take some pictures. Made me think of the beautiful Papavers I have been growing in my picking garden. Below you can find some pictures I made of these flowers that are extreme double and deeply lobed. Some of them look like a ruffly pompom. At this moment the flowers are already fading and the seed heads are starting to dry out. Once the seeds are ripe, the little “shutters” on top of the pots open. With a little bit of wind the seeds will be shaken out of the pots. That is the nice thing about nature. Everything is ever so well thought-out, even in the smallest details. It makes me silent.                                               info about the garden click here: Papaver somniferum In full flower. Dark red.